The show La Gaia Scienza. The revolt of the objects, cancelled due to an indisposition of a member of the company, will not be resumed during the Festival of Contemporary Dance 2020 but replaced by the show Graces, choreography by Silvia Gribaudi.
Tickets issued for La Gaia Scienza are valid for the substitute show Graces or are refundable no later than Saturday, November 7.

In 1976 a company of young artists LA GAIA SCIENZA was revealed to the public with a disruptive show that immediately fascinated spectators and critics: The Revolt of Objects.
The relationship between poetry and revolution, between social and aesthetic revolution and between historical avant-gardes and contemporary art were distilled in an hour of pure poetry. The performance found the essence of gestures and words of momentum and energy in a synthesis between dance theatre and visual art of great emotional impact and lightness.
The very way that the performance was created starting from an idea of ​​strong individuality and total collaboration, without the division of roles, was part of its structure. Thus the performance was not only a story about freedom and the utopia of the transformation of the world, but also the fruit of a free and constantly changing artistic process. In this new staging, the three protagonists of the time leave room for the new generations, choosing three young and eclectic actors as factotum and re-proposing a similar but contemporary poetic, remaining directors of the show. 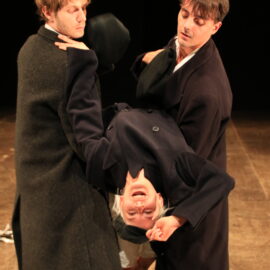 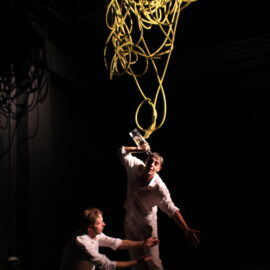 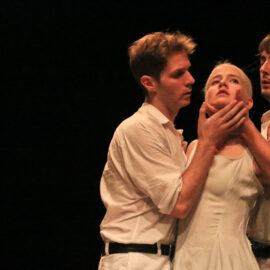 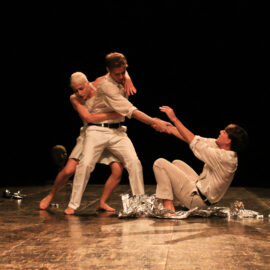 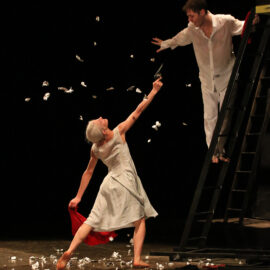 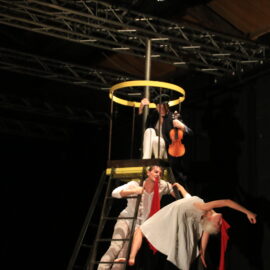